Creation of the Silk group in 2018

My father started a business venture 35 years ago. He imported everyday utility goods to luxury goods from China and resold them on the Nepalese market. At the time, bringing in goods from China was quite a challenge. The road condition was bad and the journey was full of risks. No one was willing to take that risk before my father.

It was not an easy business. Trade between Nepal and China was a completely new concept at the time. There was trade with Tibet, but it was mainly Nepal that exported goods. Tibet being a landlocked country was heavily dependent on Nepal for its products at that time. Tibet did not manufacture any goods that Nepal could import, but China had great potential, although there were several risks.

Poor road conditions not only made travel dangerous, there was also the risk of goods, especially electronic devices, being damaged en route.

Despite the risks, my father was determined to make this business a success.

At the time, Nepal used to import clothes, electronics and other items from places like Japan and Singapore at that time and naturally they came with huge price tags so that a common Nepalese could buy them. Only the wealthy could enjoy these items, but for people with low or middle incomes, even basic items seemed like a luxury.

Can you imagine that an average Nepalese couldn’t even buy a decent winter jacket on those days? The Chinese products that my father imported were much cheaper. Everyone could afford them. So, in a way, my dad’s company created a level playing field for consumers.

I officially joined the company 15 years ago but have grown up watching and learning this craft since childhood. My mother took care of business in Khasa and my father in Kathmandu. Although I grew up in Sindhupalchok, I used to stay with one of my relatives during my month-long vacation in Dashain. So besides spending most of my time in Sindhupalchok, I was also going back and forth between Khasa and Kathmandu. How I spent my childhood has a lot to do with who I am today. I learned the ins and outs of my family business from my parents.

Of course, every business is driven by profit. But my father didn’t start this business just to make a profit. He also wanted to provide affordable, quality products to ordinary Nepalese, not just the wealthy. We carry the same business values ​​to this day.

While in high school, my classes ended at 10 a.m., so I started getting involved in the business in my spare time. My parents had no formal education, yet they had created a successful business. They believed I could bring more to the table since I was educated.

My hometown is a place full of businessmen, and I always wanted to be one of them. However, I didn’t just want to become a businessman from Sindhupalchok. I wanted to be a businessman known throughout the country. I must say that I have reached this level, but I feel that I still have a lot of room for improvement.

For the first few years that I officially joined my family business, I did things the traditional way. I followed in my parents’ footsteps. But I always wanted to introduce new ideas and changes. Among these changes, one of them was the construction of a name. A brand for the company not only deals with the trading of goods, but also handles several logistics avenues. Silk Group Pvt Ltd was established in 2018.

I believe that our local products need a better brand image and better visibility so that we can export them. Our local businesses have a lot of potential. Before, we had to import everything from outside. But now many of these imported products can be replaced by our own products, from packaged goods to hygiene to hardware.

Why can’t we export goods to other countries when others can do the same. I see a lot of potential here.

Today, most aspects of how we do business have changed. If you look at the developing world, you see that most things are digital. Technology has transformed the business landscape and I believe Nepalese businesses need to adapt accordingly. We have no choice but to upgrade in order to keep up.

There are many policies introduced by the Nepalese government that promote business prosperity. I believe there is a lot of potential for Nepalese businesses to thrive if they follow the right path. 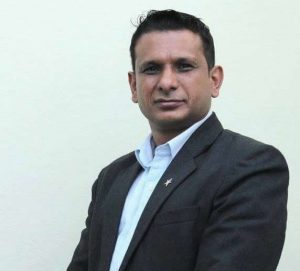 Ramesh is a dynamic young leader. He created a well-known empire for Nepal-China trade, both in terms of import and export. He is one of the first in Nepal to do so. He has made the future of other businessmen a little easier when it comes to doing business with China. 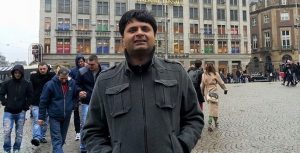 Ramesh is the friendliest and most humble person I know. Professionally, I have seen him work hard to achieve his ambitions and become the successful businessman he is today. He likes to explore new things and is always determined to do his best. I admire him for his perseverance and his convictions.

I have known Ramesh Ji for four years now and one thing I can say about him with the utmost certainty is that he is a dynamic leader. He is very mature for his age and was born to be an entrepreneur. And if I have to talk about his personality, he’s one of the most professional and determined people I’ve met.